The Father of 3D Printing

Over thirty years ago, the father of 3D Printing, Charles W. Hull, filed his additive manufacturing process patent. His patent covered the process known as stereolithography. The process involves liquid photopolymer, a liquid plastic substance, cured under an ultraviolet laser. Layer-by-layer, the photopolymer solidifies in a pattern dictated by the laser beam, forming a 3D part. Hull filed the patent in 1984 and two years later founded his company, 3D Systems.

The Slow Adoption of 3D Printers

Only a few companies could afford 3D printers in the late 1980s. Like any new technology at its start, the cost to make a 3D printer was high and the applications were limited.  The primary use for 3D printers was for rapid prototyping. When designing new parts, the first parts were printed as a plastic model before full production of final parts.

The current state of 3D printers is rapidly changing. Lower costs and advancements in the technology have made them more available for commercial use and even for consumer use. According to a 2016 report from additive manufacturing consulting firm, Wohlers, the additive manufacturing (AM) industry grew to $5.165 billion in 2015. Applications for 3D printers now support many industries such as automotive, aerospace and defense.

Additive Manufacturing is the Future

3D printers (additive manufacturing) disrupt many industries because of new processes and new ways to design parts without the old constraints of machined parts. With additive manufacturing, the material is deposited layer after layer instead of cutting out material from a raw chunk, allowing the design of complex and odd shapes.

Now complex shapes such as spirals or double helixes can be 3D printed relatively fast and at a lower cost. In the past, these parts either couldn’t be produced, or required sophisticated machining or expensive molds. The convenience and accuracy of the additive manufacturing process will allow mass manufacturing to be done faster and more cost effectively because lots of intermediary steps are removed, including sourcing of parts and components. This will rival traditional large scale manufacturing processes. Companies like Markforged are working to accomplish this with 3D printers capable of producing metal parts made up of titanium, tool steel, stainless steel, and aluminum. Their goal is to eliminate barriers in the process from design to the final product, providing customers with lower costs, time and efficiency savings.

In the more distant future, 3D printers are predicted to be used for parts replacement, customized personal keepsakes and various medical applications. People will be able to readily acquire artificial bones and replacement organs, and 3D models of complex body systems will help improve training techniques. They will be able to completely customize items such as kitchen ware and print new parts, which would otherwise take weeks to ship, right in their own home in a matter of hours. As additive manufacturing technology advances and becomes less expensive, these applications are closer to becoming a reality. Eventually the possibilities of 3D printing will only be bound by the imagination. Coghlin Companies is excited to be deeply involved with innovators in the 3D printing industry, and looks forward to what the future holds! 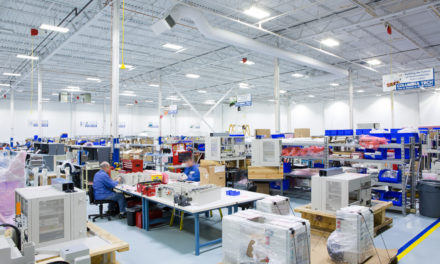 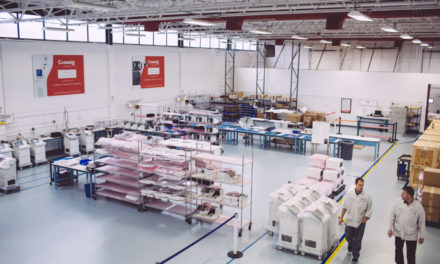